MATT TAKES THE HOME SECRETARY TO TASK ON WINDRUSH 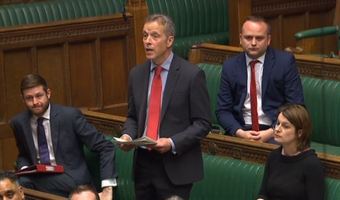 Speaking in the Commons Chamber during the late afternoon sitting on Monday 23 April, Matt said:
“We have heard the Home Secretary try to gloss over this crisis; a crisis which she and her predecessor the Prime Minister created. However, isn’t the scale of the Home Office response likely to fall far short of what is needed? Does the Home Secretary not understand the scale of the issue, or is she simply unable to manage her department?”

Clearly perturbed by the questioning, the Home Secretary reacted, denying there was any ‘gloss’ and claiming there was a clear plan and commitment to return to the House to set out progress.

In what could be described as an apparent u-turn on the tone of the messages previously communicated by the Home Office, Ms Rudd said that it mattered to her personally, and that the people who had “done so much for our country are looked after and respected as they should be.”