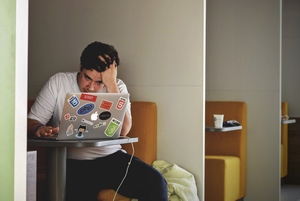 As the school Easter holidays come to an end I’d like to wish young people in local schools well for the summer term, when thousands of them will be sitting their GCSEs, A-levels and other exams and tests.

Our young people work incredibly hard, and this hard work matters and should be celebrated. Sadly, this year, the effort they put into revising, and indeed into school and college work in general, is being undermined by Government cuts which are leading to a loss of teachers and resources at local schools and which are also hitting FE colleges and other services very hard.

I would like to appeal to the Government to end its mistaken policy of austerity. Reducing spending on key services like education is something which I believe is both wrong and deeply counter-productive, and this mistaken approach is undermining the future of young people in Reading, Woodley and Earley, Caversham and Emmer Green.

The effect of the cuts is clear and simple: schools are under increasing pressure to do more with less – something which becomes harder and harder over time and as one cut follows another and risks pushing them into a spiral of decline.

With teachers’ pay having been cut in real terms by 15 per cent since 2010, as pay rises have failed to keep up with inflation, it is no wonder that staff are struggling to afford to live in the Reading area and that teachers are moving away, leading to a growing pressure on schools.

To make matters worse funding per pupil has fallen, leading to rising class sizes and less time for teachers to spend with individual pupils.

And, the Government has added insult to injury by expecting schools to pay for increased national insurance and pension contributions for staff without giving head teachers any extra resources.

The end result has been job losses, with some subjects no longer being provided, including German and Music, which have been cut in some local secondaries.

Headteachers have also had to ask parents for help pay for education; something which I am deeply concerned about.

Sadly, all of this has very real and direct effect on young people, reducing their opportunities and letting them down, which is why I am urging the Government to rethink its approach.