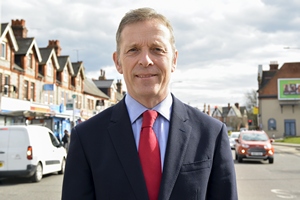 The event brought together the many political and industry contributors who have worked on a number of projects since the working group was formed in 2002. The Low Carbon Vehicle Partnership is a public-private membership organisation which aims to bring stakeholders together to help promote and motivate initiatives and projects with a view to encouraging lower carbon vehicle and fuel technologies. There are currently 279 member organisations which span many industries including automotive manufacturers, environmental organisations, fuel suppliers, transport operators and consumer organisations.

Working Groups within the Low Carbon Vehicle Partnership are at the centre of Partnership action on buses, passenger cars, fuels, commercial vehicles and innovation. Recent projects have included the Bus Working Group, where the UK’s leading bus manufacturers, large bus operators, low carbon technology and fuel suppliers, passenger transport executives, the Department for Transport, Transport for London and local authorities where the focus has been on supporting the growth of the low carbon bus market. The Bus Working Group also plays an active role in informing encouraging the take-up of low emission bus technologies and fuels. The Fuels Working Group are working to develop a common analysis of the short, medium and long-term options and implementation scenarios for the UK’s low carbon transport fuels future.

In his role as Shadow Minister for Local Transport, Matt’s focus is on assisting the Shadow Secretary of State for Transport. Matt also works on the promotion of leaner,cleaner transport options whether by bus or by taxi, and to encourage better walking and cycling initiatives. Following the Low Carbon Vehicle Partnership reception in Parliament, Matt said:
“The Low Carbon Vehicle Partnership highlight areas where we need joint approaches to achieve those better outcomes in transport. As Shadow Minister, I hope to be doing more to assist the Shadow Secretary of State as we continue to apply pressure to the Government in providing fairer funding and alternative incentives to engage the transport industries with lower carbon initiatives. Having lower carbon emissions is better for the environment, and better for us as a society -; and we need to see much more done to help encourage these projects.”