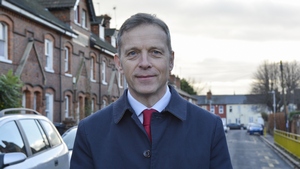 READING EAST MP Matt Rodda spoke during an adjournment debate in the House of Commons Chamber on the construction of Council Housing.

The debate, led by the honourable Member for Warwick and Leamington Matt Western MP focused around the increasingly urgent need for more Council housing. All areas of the UK need housing, both public and private, but there is particular and desperate need for low-cost housing for rent, especially here in Reading.

Mr Western said:
“We are all agreed: the UK has a housing crisis. No matter which party is speaking, there is universal recognition of the desperate need to urgently increase the supply of housing. By 2009, the foundations for a new era of affordable house building were laid, with a £4 billion annual affordable housing programme, backing for councils to receive grant funding and build new council housing, full localisation of council housing finance agreed with the Treasury to boost building still further, and a programme of progressively higher standards agreed with industry to make all new build homes zero carbon by 2016. It was a comprehensive programme.”

Continuing his address to the Chamber, Mr Western commented on the impact that budget cuts had on individual local authorities’ ability to build housing, citing the change of Government in 2010 and also their change in public policy which seemed considerably more hostile to affordable housing.

Cutbacks implemented by the new Government to new housing investment scheme in 2010 amounted to more than 60% of the budget disappearing and the programme’s ability to deliver much-needed housing slashed to nothing. The provision of Government-backed homes for social rent has plummeted from almost 40,000 homes per year to fewer than 1,000 in 2017, and plans which Labour devised back in 2009 to get Councils building 10,000 homes each year were undermined, eroding any hope of Councils being able to build on such a scale again.

Jack Lopresti, the Conservative Member of Parliament for Filton and Bradley Stoke chimed in on the debate, citing that “since 2010 more than three times as many council houses have been delivered than in the previous 13 years” , however, it was swiftly identified that this growth at that time was provided by Labour-led local authorities -; and that this housebuilding was in spite of the borrowing cap put in place by the new Government.

Central Government policy currently acts as a disincentive for councils to build more council homes: there is next to no funding from central Government for the provision of council housing; and there has been a huge decrease in the amount of gross investment in social housing – just £5.9 billion in 2015-16 compared with £10 billion in 2009-10 -; of which the vast majority will have been directed to housing associations instead of local authorities.

Affordable rents, as defined by the current Government, are still unaffordable. Housing is expensive, and charging 80% of the market value to fulfil the Government’s criteria of ‘affordable homes’ did not make those residences any more affordable for the average person, couple or family than if they were marketed at the full rental value, as wages have not kept up with the escalating rise in housing and living costs.

Addressing the debate, Matt reflected on the ever-pressing need for his own constituency to have more Council housing and affordable homes to rent and buy. The housing situation has worsened over the intervening eight years since the last change of Government, and this has been compounded by year upon year of budget cuts which has seen plans to build extensively in the town to meet Reading’s growing housing need shelved.

Matt said:
“I associate myself with my honourable Friend’s points and the genuine and deep concern that he shows for the needs of tenants throughout the country, many of whom are struggling with high housing costs, as indeed they are in my constituency. Does he agree that it was an outrageous mistake and serious error by the Conservative Government to stop many local authorities from building council houses when they had fully costed schemes that were ready to go and, indeed, shovel-ready? Reading had a plan for 1,000 new council houses, but unfortunately it was stopped by George Osborne in 2015.”

Agreeing with Matt’s points, the honourable Member leading the debate said that there was indeed a suppression of building low-cost rental properties by local authorities. He further added that those local authorities already know that there is a need -; a case in question being that increasing need presently faced by Reading Borough Council -; and that they need to be allowed to have that responsibility and funding to proceed. The huge economical and social cost of the continuing housing crisis to communities such as Reading was also acknowledged in the House.

Matt further identified the substantive brownfield sites in Reading in his comments. The current housing situation in Reading makes it difficult for local people to continue to live and work in the town, and higher prices are essentially forcing those people out of the area. The brownfield sites identified in Reading’s Local Plan would collectively satisfy the housing need for Reading up to 2036, and Matt expressed his wish to have this land released to facilitate a much-needed housebuilding programme in Reading.

Matt continued:
“Does my honourable Friend agree that there is a considerable need for greater house building in high-cost areas, and that there is actually a lot of available land in many of those areas? There certainly is in Reading. In our case, it is brownfield land from our light industrial past, and I assume that that may also be the case in Warwick and Leamington. Does he agree that urgent Government action is needed to free up that land in order to support the local economy in those areas and to support local public services? There is a particular pressure on local schools and the NHS in my constituency, as people move to lower-cost areas. Will he endorse my points?”

Matt’s points were indeed endorsed by the honourable Member for Warwick and Leamington, who said:
“I thank my honourable Friend for his informed and relevant intervention. He is of course absolutely right that this essentially leads to what may be described as social cleansing. We may actually be creating ghettoes of particular types of community, when we should be striving for sustainable, balanced communities for our economic and social good. I totally endorse my honourable Friend’s points.”

It was identified in the debate that during the last decade, the overall supply of new homes has seen an under-delivery of between 80,000 and 100,000 homes each year. Members addressing the House cited the current shortfall of at least 1 million homes in the UK, and the Royal Institution of Chartered Surveyors is forecasting that the country will reach a shortfall of 1.8 million low-cost rental properties alone by 2022 -; in just four years’ time.

Housing Minister Dominic Raab responded to the debate and congratulated the honourable Member for Warwick and Leamington for bringing it before the House. However, he unsurprisingly fell short of agreeing with the content of the debate, choosing instead to focus on the need for overall housing demand and not just Council housing. Lifting the borrowing cap completely was identified on several occasions during the debate from the Opposition benches in the House as a way of releasing more funding into the Council house building budget, however the Minister failed to be moved by this suggestion.