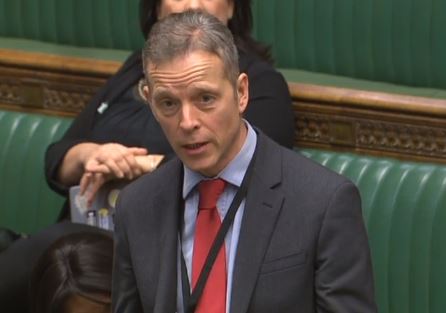 Recent figures have shown that 54 people in Berkshire have died during the last decade whilst they waited for organ donation. Nationally, the mortality rate is just as alarming, with 4,712 patient deaths in the past decade while waiting for an organ.

The Organ Donation (Deemed Consent) Bill 2017-19 has been sponsored by the honourable Member for Coventry North West, Labour MP Geoffrey Robinson, and had its second reading before the House on Friday 23 February.

The Bill, hailed in the media last year as “Max’s Law” was presented before Parliament in July 2017, and was named after a young patient Max Johnson who was desperately in need of a heart transplant. The plight of Max, now 10 -; and who has successfully undergone his transplant operation – was brought into the public spotlight by Labour backbencher and Barnsley Central MP Dan Jarvis early last year, and the formation of the Private Member’s Bill by Coventry North West MP Geoffrey Robinson followed shortly thereafter. The potentially historic Bill would mean a lifesaving opt-out scheme and calls for England to switch to a presumed consent system for organ donation.

In a brief intervention during the address by the honourable Member for Washington and Sunderland West, Sharon Hodgson MP, Matt said:
“I’d like to pay tribute to colleagues in Wales and also my honourable friend, the Member for Coventry North West -; and indeed across the whole country. I’ve heard some very moving stories from the colleagues from North Devon and other parts. I think we as a House have demonstrated the ability to work together today, and that is so important. I also feel that one of the great strengths of today’s debate is the way that we have focused on the families. We have listened to their stories, and that for me has been a deeply moving experience -; I can only commend to colleagues the importance of continuing to listen to families as the campaign goes forward.”

Following the debate, Matt added:
“I think it is a desperate tragedy that people have died waiting for organs, and that’s why I’m supporting this new piece of legislation which I hope will become law -; and save lives.”