Opinion: Violent crime is rising, the police are under pressure – It is time for the Government to end police cuts 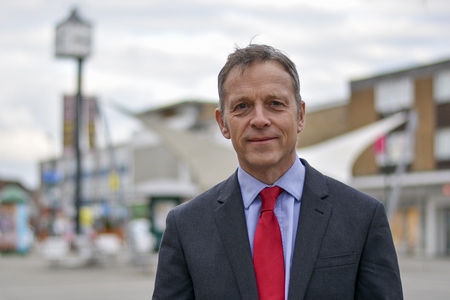 The first duty of any Government is to protect the public, whether that is protection from crime, illness or other threats.

I am concerned about the rising level of violent crime and the effects of the Government’s deepening cuts to the police, which have left hard working officers with fewer resources to respond.

The situation is serious, and in my view the Government needs to think again about its priorities. I’m concerned about the effects of austerity across a wide range of public services, and I have particular concerns about the effect of this policy on the police and the quality of policing our hard pressed local officers are able to provide in Reading and Woodley.

The evidence about the increased pressure on the police is mounting, and there have also been cuts in the number of police officers; Thames Valley Police has 357 less Police Officers than in 2010, and there are also 99 fewer Police Community Support Officers out and about in our neighbourhoods and streets. This seems to have had a noticeable effect on residents. I have talked to a number of people who are concerned about violent crime and anti-social behaviour, both in and around the town centre and in suburban areas.

Labour Party Leader, Jeremy Corbyn mentioned at Prime Ministers Questions last week (Wednesday 7 February) that there is mounting evidence that local crime issues are part of a deepening crisis affecting the whole country. He challenged the Prime Minister and gave examples of a number of senior officers in a range of police forces who have raised serious concerns about Government cuts which are reducing the number of police on the beat. Nationally, we now have 21,000 less Police Officers than in 2010.

Further worrying evidence appeared later last week, when the independent Office for National Statistics issued a report which showed that the rate of homicide has increased, (this included both murder and manslaughter). The police are now dealing with more than a million violent crimes a year.

Instead of making excuses, the Government should stop cutting police budgets and give our police forces the resources they need to keep people safe. Labour in Government will restore 10,000 police officers and face up to the issue of rising crime.

Rising crime and rising fear of crime are a very serious issue and I would urge the Government to reconsider its position.