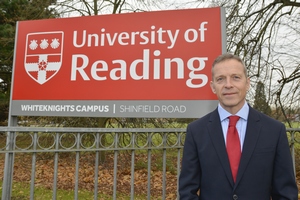 Reading East MP Matt Rodda spoke alongside the General Secretary of the University and College Union (UCU) Sally Hunt regarding an upcoming nationwide strike by academic staff. This strike action has been called to protect the Universities Superannuation Scheme.

Under that scheme, 190,000 university staff in predominantly pre-1992 institutions will stand to lose around £10,000 per annum from their post-retirement pension. The changes are being felt by staff on the lower-end of the universities pay scale -with those earning less than £55,000 being affected.

Academic staff at the University of Reading voted overwhelmingly in support of a 14-day strike action, with over 70% of UCU members balloting in favour. The Labour Party, under the leadership of Jeremy Corbyn, Shadow Chancellor John McDonnell and the Shadow Minister for Work and Pensions Jack Dromey, has been working extensively with the UCU to support their cause.

Matt said:
“I appreciate these concerns – and this change to UCU members’ pensions is certainly not something to be taken lightly. Universities are wealthy organisations with substantial assets and liquidity, so it is fair to expect them to pay their share of staff pensions. These defined pension schemes are private pensions, which do not require public funding, and as such staff are well within their rights to ask for a fair deal after retirement.”

He continued:
“As a constituency MP, I have been involved in a number of campaigns to protect pensions – for staff groups ranging from multi-national corporations based in the Thames Valley, to public sector workers. I have also been involved in a fight to preserve public services such as bus services, health, and social care for elderly people. I am worried about the erosion of a social contract for older people that has existed in this country for many years – both in terms of freezes or cuts to pensions, and in terms of the kinds of services the Government provides them.”

“This strike action comes amid pressures to the higher education sector as a whole. There are pressures on staff to increase research and teaching output and this comes alongside pressures on students, including spiralling tuition fees.”