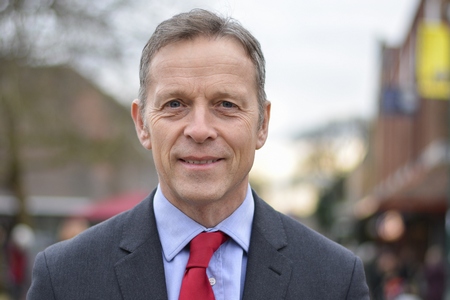 READING EAST MP Matt Rodda in his role as Shadow Minister for Local Transport addressed the House from the despatch box in a debate on the Second Reading of the “Licensing of Taxis and Private Hire Vehicles (Safeguarding and Road Safety) Bill”.

The Bill, brought by fellow Labour MP for Cambridge, Daniel Zeichner, which has cross-party support, seeks to secure measures to protect and preserve the safety of users and passengers of taxis and private hire vehicles, achievable through a number of steps in relation to both the licensing and sharing of knowledge with neighbouring local authorities.

Addressing the debate, Matt said:
“I am pleased that the Bill has come out of a wide-ranging consultation process. It is the product of discussions with local authorities, trade unions, the Local Government Association and central Government, and I am gratified that there has been such a
diversity of input.

I am also especially grateful to my honourable Friend (Daniel Zeichner MP) for taking the time to meet representatives from the third sector, including Guide Dogs and the Suzy Lamplugh Trust. As such it is really pleasing to hear that this consultation
process has identified a clear commitment across the industry to raising standards and enhancing safeguarding frameworks.”

Matt expressed his concern over the lack of sharing of information between local agencies which could highlight potential areas where an issue of passenger safety could arise. He continued:

“Under current frameworks, unscrupulous drivers have an open pathway to game the system. I should be clear that I am not necessarily criticising the second licensing authority in such instances. Beyond the licensing question, moreover, there is a lack
of empowerment for enforcement officers, who currently can enforce only against drivers licensed by their own local authority. In general, then, the current system fails responsible councils and law enforcement teams seeking to tackle abuses in their local areas. It also fails an industry that seeks to operate to the highest possible standards.

I note the time. I am satisfied with the second part of the Bill, which would allow local enforcement teams to report to the licensing authority. This form of collaborative cross-border work would build on what we know is already very positive in the sector.”

In summing up, Matt explained that he welcomed the Bill and that it would add to the powers which local councils have as the licensing authority. He said:
“In all this, then, the Bill would support councils to do their job and would not remove any powers from them. Rather, it would enhance their ability to employ existing powers. It would not discriminate unfairly against drivers. It would allow them, for example, the potential of a second chance to reapply for a licence in the neighbouring authority. This is a high-quality piece of legislation fit for the 21st century so it is my pleasure to support it.”

Unfortunately due to time constraints, the Bill was talked out by Conservative backbencher Christopher Chope. The debate therefore stood as adjourned, although it will return to the House on 26 October 2018.