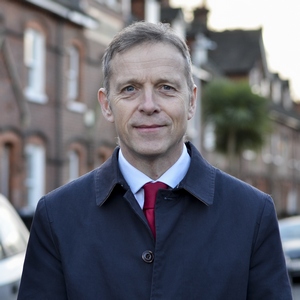 New data from campaigning group ‘End Child Poverty’ shows that 21% of the children living in Matt Rodda’s Reading East constituency are living in poverty. This is a rise from the previous figure of 19.6% as reported in December 2015.

The ‘End Child Poverty’ coalition have released new statistics showing the extent of child poverty across the UK broken down by constituency, local authority and ward. Some constituencies are now showing more than half of the children living there are
growing up in poverty, compared to one in ten in the areas with the lowest child poverty rates. The figures also show the areas where child poverty is the highest and where the increases have been the greatest.

Families experience poverty for many reasons, but it’s root cause is not having enough money to copy with the circumstances in which they are living. A rising in living costs, or a drop in earnings through job loss or job changes are often enough to move a family into poverty.

As price rises risk pushing ever larger numbers of children below the poverty line, the coalition is calling on the Chancellor Philip Hammond to end the freeze on children’s benefits.

Matt said:
“Reading is often seen as a relatively affluent town, due to the tech and innovation sectors. However, wealth isn’t spread even equally and many children live in poverty. I’m calling for the Government to take tackle this terrible problem, and in particular I
am calling for Ministers to pause and fix Universal Credit, under which working families struggling on low incomes face a delay of up to five weeks to be paid their benefits.”

Debbie Abrahams MP, Labour’s Shadow Work and Pensions Secretary, commenting on the End Child Poverty Coalition’s Child ‘poverty map’ of the UK, said:
“It is a damning indictment of this Government’s policies that in some constituencies of the UK over half of children are living in poverty. Increasing child poverty is a direct result of this Government’s utter failure to tackle the increasing cost of living,
stagnating wages and their slashing of social security support.

“It is no surprise that the Government refuse to even set a target to reduce child poverty given that the Child Poverty Action Group have warned that an additional one million children will be in poverty by 2020 as a direct result of Universal Credit cuts. On top of this, the Government’s proposals to restrict free school meals is creating a cliff-edge for low paid working families.

“Labour will fix Universal Credit to restore the original principal of reducing child poverty and introduce universal free school meals for all primary school children, to end the scandal of children going hungry at school.”