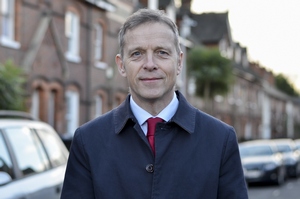 In an exchange during Transport oral questions, Matt challenged the Government on the removal and downgrading of hundreds of bus routes in towns and villages across the country. In his newly-promoted front-bench capacity as Shadow Minister for Local Transport, Matt put a question to Jesse Norman MP, the current Parliamentary Under Secretary of State for Roads, Local Transport and Devolution.

Matt said:
“Government cuts have led to the axing or downgrading of 400 bus routes, and passenger numbers are now at a 10-year low. Will the Minister reinstate those services, or, if he is unwilling or unable to do so, will he give local councils the power and resources that they need?”

The Minister’s response to Matt was that local authorities receive ‘substantial amounts of funding’ from central Government, and that Government expects them to ‘deploy that money as they see fit’.

Budgets for bus operators across the UK have been cut by a third since 2010, and during the same period bus fares have also risen by 27% on average after Ministers cut the support for bus services during the last Parliament.

Matt has expressed concern following the response to his oral question. He said:
“I am disappointed that the Minister failed to recognise the impact of Conservative budget cuts to bus companies and the obvious rise in fares which occurs as a result of lack of funding. Coupled with the complete lack of investment and a range of failed promises from the Government, it is small wonder that our local transport services are being run to fail and eventually cease operating.

“This will mean that for those who rely on local transport, they will be cut off from accessing health and social care appointments as well as other everyday and social activities. Bus routes are a lifeline for many people, and I will continue to challenge the Government on their ongoing programme of budget cuts which erodes local transport provision.”