“Rogue Landlords” to be tackled in new Housing Bill 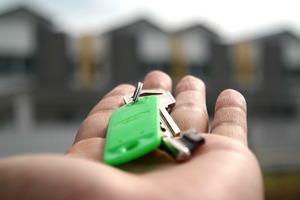 READING EAST MP Matt Rodda addressed the House during the second reading debate of the ‘Homes (Fitness for Human Habitation and Liability for Housing Standards) Bill 2017-19’ brought by the Labour MP for Westminster North, Karen Buck.

The Bill is set to provide amendments to the current Landlord and Tenant Act 1985 which requires that residential rented accommodation be provided and maintained in a state of fitness for human habitation. It will also amend the Building Act 1984 to
make provisions about the liability for works on residential accommodation that does not comply with Building Regulations.

In the second reading debate, of which the Bill has garnered cross-party support, Matt made mention of the housing situation in his own constituency of Reading East, and the prevalence of substandard accommodation in the private rented market.

He said:
“I wholeheartedly endorse and support the Bill. Along with the financial strains placed on my constituents by the ever-rising cost of living, coupled with the wage stagnation that many of them have suffered, Reading has some serious and substantial problems with poor-quality private accommodation.”

“Although the council has been robust in tackling rogue landlords, much more clearly needs to be done. I wish briefly to run through some of the issues that we have in our area. Reading Borough Council has on a number of occasions taken legal action
against unscrupulous landlords who have allowed their properties to fall into such decline as to cause safety and environmental health concerns. Such action has resulted in considerable financial penalties and in conditions being imposed through
the court system.”

“It is unfortunate that there are some landlords whose properties do not meet the standards that every tenant has the right to expect. Nobody should have to live in a property that has mouldy walls, faulty electrical sockets, holes in the ceiling, open drains or cockroach infestation, yet in recent years we have seen these issues in a relatively wealthy town in the south-east of England, which is something that I find deeply disturbing and, indeed, shocking.”

“There has also been a significant ramping up of the price of rented properties, while the standards for many renters have, sadly, declined at an alarming rate. The impact of living in such squalor is not only a financial one. As we have already heard from other Members, there have been instances in my area of local people having to visit their family doctor, or even go to A&E, with illnesses that are quite clearly borne out of the unsavoury conditions in which they are having to live. I should point out that the scale of this issue is interesting given the relative wealth of the town that I represent.”

“Currently, 28% of Reading’s housing stock is privately rented-that indicates the size in many of our small to medium-sized towns across the country. The town’s population has grown at a rapid rate, but the infrastructure is not able to support that. That includes the lack of supply of affordable housing. With demand outstripping supply, there has been a profusion of flats, bedsits and studios for rent appearing across the town, often at exorbitant prices. I should add that Reading Borough Council did have a plan to build 1,000 new council houses, but, sadly, in the summer 2015 Budget, the plan was stopped.”

Matt gave way to Harriet Harman, Labour MP for Camberwell and Peckham, who said:
“My honourable Friend mentioned the issue of healthy accommodation. Does he agree that, actually, poor-quality rented, unhealthy accommodation is not only terrible for those living in it, but a drain on the NHS? I have heard of a number of cases where, perhaps, an elderly person is needing to be discharged from hospital, or a premature baby to be brought back home for the first time, but they are not able to be discharged from hospital because the home to which they are returning is not safe?”

Matt responded:
“I thank my right honourable and learned Friend for her contribution. It is a very sad, but salient, point that this is indeed happening and putting unwanted pressure on our NHS at a time of great strain on the service and, indeed, when the Government
have had to cancel many non-urgent operations during this winter crisis. In fact, she has brought up many points that I wished to make, so, for the sake of brevity and allowing other honourable Members to speak, I will conclude my remarks by thanking her and saying that I appreciate the all-party support for this Bill and the initiative and determination of my honourable Friend the Member for Westminster North (Ms Buck) in bringing it forward.”

The Bill will now pass to the committee stage, having received unanimous support from across all benches of the House.