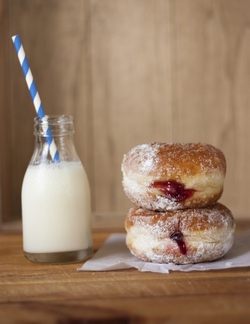 The growing problem of junk food advertising and its effect on childhood obesity was one of several issues discussed in a Westminster Hall debate attended by Reading East MP Matt Rodda.

Various health studies have shown the impact of junk food advertising on the rise in childhood obesity. Children are ‘bombarded’ with television advertisements during prime-time television shows and at viewing times where the audience is predominantly child-specific. Studies by Liverpool University have highlighted instances of up to 12 advertisements per hour are being shown during prime-time periods where children are part of that viewing audience.

Current advertising regulations in the UK are restrictive, but this does not seem to be rigorous enough to stem what seems to be the continued promotion of biscuits, burgers, pizza and other high-fat high-sugar foodstuffs at key viewing periods.

Taking part in today’s debate, Matt said:
“The effect of diet on children’s health is a serious and substantial problem facing our country. If unchecked, poor diet could undermine the health of millions of children; and I believe it risks setting back the historic advances made in children’s health in recent decades, including since World War 2. Child ill-health is such a significant problem that it is notable in my constituency where there is a higher than average rate of child obesity and there are also significant differences in life expectancy between different parts of the constituency – and that’s in a relatively typical town in the south-east of England.”

“There are also a series of other issues related to health inequality; there’s been a growth in the consumption of unhealthy food, and I want to raise the challenges faced in particular by families who are struggling with this issue. I believe that better information and less pressure on parents and children could make a significant difference to addressing this problem as mentioned earlier.”

He continued:
“It is my experience that parents are inundated -; and I don’t say that word lightly -; they are inundated with advertising material on a very wide range of media. Messages about fast and unhealthy food are everywhere -; on television, on billboards, take-way hoardings, shop-fronts, in newspapers, and in shops and supermarkets when people are purchasing food. They are literally everywhere in my constituency, and yet in contrast factual information from the NHS or from responsible manufacturers is scarce and hard to find. I would actually like to commend those manufacturers and retailers who have taken steps. My honourable
Friend mentions the company in his constituency. There are many others – the Co-Op shops I believe have a very effective system of colour-coded labelling warning of the problems of high levels of salt and sugar, and many other retailers and manufacturers are trying this -; and I would commend them for their efforts in supporting what should be a national effort to help families on this matter.”

“I do hope that the industry will do more to promote this approach and it will work with parents, with schools, the NHS, and with central and local Government. However, this contrast between advertising on the one hand and sensible advice is enormous. To put it in simple terms: a child or parent in my constituency is likely to see junk food advertising when they get up; on television before they go to school, on the way to school, when they come home from school and in the evening -; and that simply is an overwhelming set of messages driving people in one direction, and sadly the messages in the other direction are tiny in comparison. There’s limited public money to support them as indeed was mentioned earlier.”

“We have to take into account the fact that families have also been under severe pressure of rising food bills and I think we should take into account the additional problem that many face as their incomes have fallen in real terms in recent years, particularly since 2010, and yet food prices have gone up substantially -; I think it may be by 3% at the moment.”

Matt concluded:
“So taking this into account: the power of advertising, the substantial imbalance of information, the pressure on family budgets -; I believe that action is urgently needed, and I would ask honourable Members to support the motion today and call on the Government to listen to today’s debate; understand and acknowledge the serious concerns that are being raised today and to take -; as it was said earlier -; brave and bold action to address this issue.”

Cancer Research UK has also called for a ban on high-calorie food and drink TV ads during talent shows and live sports, after a report claims to have drawn a link between TV advertising and childhood obesity.

Dr Jyotsna Vohra, lead author on the study from Cancer Research UK, said:
“This is the strongest evidence yet that junk food ads could increase how much teens choose to eat. We’re not claiming that every teenager who watches commercial TV will gorge on junk food but this research suggests there is a strong association between advertisements and eating habits.

“It’s been 10 years since the first, and only, TV junk food marketing regulations were introduced by Ofcom and they’re seriously out of date. Ofcom must stop junk food  ads being shown during programmes that are popular with young people, such as
talent shows and football matches, where there’s currently no regulation.”

The Labour Party pledged a £250m programme to tackle this in its Manifesto, which reads:
“We will introduce a new Index of Child Health to measure progress against international standards, and report annually against four key indicators: obesity, dental health, under-fives and mental health. We will set up a new £250 million Children’s Health Fund to support our ambitions.”