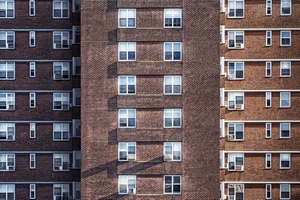 EIGHT months after the Labour Party called for tougher minimum standards in the private rented housing sector in its election policy document, Reading East MP Matt Rodda noted with interest that the Government is now considering parts of that policy.

Prior to last year’s General Election, the Labour Party proposed that Councils would be empowered to license Landlords and fine those who failed to meet the specific requirements set out under new plans. Amongst the proposed legally-enforceable standards were requirements for safe wiring, no damp, good piping and homes being in a general good state of repair.

In a recent statement, the Government has said it will consult on whether to implement ‘new measures to crack down on bad practices, stamp out overcrowding and improve standards for those renting in the private sector’ . Housing Minister and MP for Reading West Alok Sharma has commented that every tenant has a ‘right to a safe, secure and decent home’ and goes on the say that some tenants are ‘being exploited by unscrupulous Landlords who profit from providing overcrowded, squalid and sometimes dangerous homes’.

The Conservatives have presided on eight years of failure on housing, from rising homelessness to the fall in home-ownership, and they have no plan to fix the housing crisis. Only under Labour’s New Deal will there be affordable homes to buy and rent that families across the country badly need.

At the launch of the Labour policy in May 2017 the Shadow Secretary of State for Housing John Healey MP said at the time:

“Our homes are at the centre of our lives, but at the moment renters too often don’t have basic consumer rights that we take for granted in other areas. In practice, you have fewer rights renting a family home than you do buying a fridge-freezer. As a result, too many are forced to put up with unacceptable, unfit and downright dangerous housing.”

However, Mr Sharma’s predecessor as Housing Minister, Gavin Barwell MP described the idea at the time as ‘misjudged and nonsensical’.

“I think it is interesting that the Government is consulting on whether to support the Labour policy of licensing landlords. Too many renters in Reading and Woodley have to pay very large rents for what can sometimes be poor quality housing. Renters deserve a fair deal and more powers for councils to tackle rogue landlords would help address this issue.”

 Under the Conservative Government, the building of new social rented homes is now at the lowest level for a quarter of a century.

 The number of private renters has ballooned by 1.2 million and private rents have risen faster then incomes for many families.

 Under the Conservatives, the amount spent on Housing Benefit is over £4bn a year higher than in 2010.

 Labour’s New Deal for renters will deliver a consumer rights revolution for renters to improve standards, security and affordability for people who rent their homes from a private Landlord.

 The next Labour Government will consult on rent control models based on ‘best practice’ from other countries, and give cities the powers to implement them when they judge it necessary.

 Currently 28% of Reading’s housing provision is within the private rented sector.