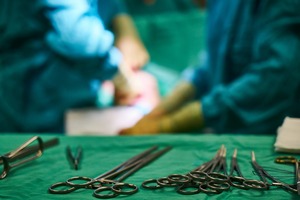 Following the appeal via social media by the Royal Berkshire Hospital for medical and nursing staff to turn up for extra shifts to help cope with the increased demand, Reading East MP Matt Rodda expressed his concerns over the growing strain on local
healthcare provision.

The hospital, has seen its performance struggle as funding has been reduced and staff numbers cut under the current Government despite the hard work of staff. The Royal Berkshire NHS Foundation Trust has sent out a stream of communications via the social media platform ‘Twitter’ on the 3 January in the hope of not only stemming the flow of patients needing accident and emergency services, but also begging staff to turn in for extra shifts; a workload burden which is feared could have possible implications for patient safety with tired and overworked staff struggling to meet the increased demand.

“I’m concerned about the pressure on our hard working local NHS, which has been underfunded for several years.

The Government has failed to give the NHS the resources it needs, despite the significant increase in the demands on the services, for example – as the number of frail, elderly people has increased.”

“Despite the heroic efforts of our fantastic NHS staff, Theresa May’s reassurances have proved meaningless and hollow. Tory underfunding and cuts have left our health service more vulnerable than ever before.”

“Already, tens of thousands of patients have been left stuck in the back of ambulances, sometimes waiting well in excess of 12 hours in packed hospital corridors.
” As the NHS enters its 70th year, the truth is that Tory neglect has left it underfunded, understaffed and overstretched. Ministers must get an urgent grip of this escalating crisis.”