Following on from the recent news that Chiltern Edge School is to remain open, Reading East MP Matt Rodda wrote an open letter of support to place on record his complete endorsement of this positive outcome. 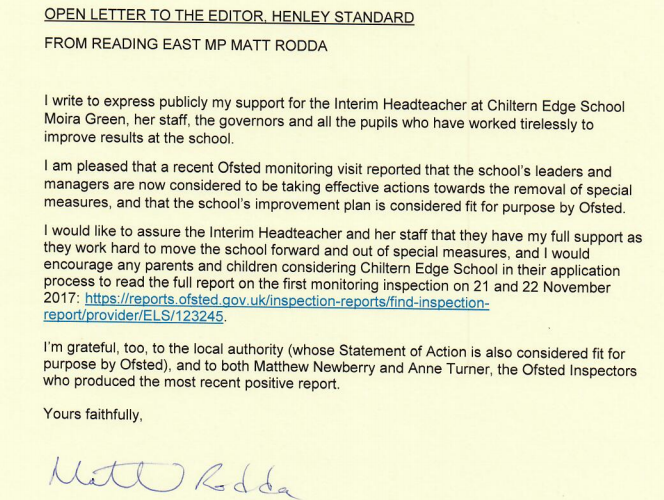 Chiltern Edge School is situated within the neighbouring Henley constituency and is attended by around 400 pupils from within the Reading area. An active campaign spearheaded by teachers, parents and pupils has been ongoing since the early part of Spring 2017 when the threat of closure became known. The proposal for the School to become sponsored by Maiden Erlegh, a multi-academy trust in Wokingham, is currently being considered by the Department for Education.