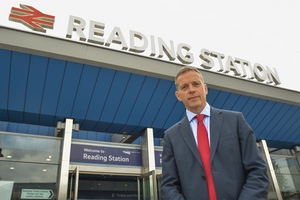 MATT RODDA, Reading East’s MP gave comment on the impending rail fare price hike which is due to hit commuters hard in the pocket in the New Year.

Matt added his comments to those echoed in a recent article by the Shadow Secretary which appeared in the Guardian newspaper. He said:

“Constituents who commute from Reading into London have for many years been plagued by delays, cancellations, staff shortages and continued price rises. The announcement of a 3.4% hike in rail fares adds yet further insult to injury, and will, quite rightly, be condemned by long-suffering commuters from Reading and Woodley.”

A link to the article by the Shadow Secretary of State for Transport Andy McDonald can be found here.