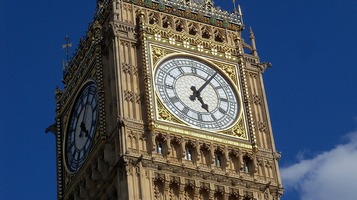 A rising sentiment of no confidence in the Conservative Party has filtered its way into the House of Commons, as news broke recently concerning the existence of a letter of no-confidence, of which forty MPs have agreed to sign. This news came to light following the alleged threats by EU negotiatiors to block any further trade talks until March unless Britain agreed to settle the Brexit ‘divorce bill’. Jeremy Corbyn has issued an ultimatum to the Prime Minister and told her to ‘govern or go’ as she ‘shows every sign of being in office, but not in power’.

In an article for the Sunday Times last weekend, Jeremy said:

“Continuing uncertainty about the Government’s approach to Brexit is now the biggest risk facing our country. The Prime Minister must end the confusion, take on the ‘no-deal’ extremists in her Government and back a jobs-first Brexit for Britain.”

Privately some Conservative MPs and Ministers agree with Jeremy and fear Theresa May has become a liability to the Brexit process. This news comes as the European Commission has set up a ‘preparedness taskforce’ for a no-deal Brexit amid fears a collapse of May’s Goverment could lead to Britain crashing out of the bloc. EU negotiators say their UK counterparts have signalled a willingness to resolve the key outstanding issue -; agreeing to pay a 60bn ‘exit bill’ -; which is a condition for starting trade talks. There is concern, however, that Tory ‘turmoil’ could prevent the British side from making a clear financial commitment at a Brussels summit due to take place in December; which could delay progress until March – or even bring down the Government.

A Brexit adviser to a European Prime Minister said the talks were now ‘hostage’ to the Conservative Party’s ‘internal psychodrama’, saying, “This is a Tory Party problem and there is nothing we can do about it here. Should we put all of our cards on the table with May -; only to find out that she would be replaced months or even weeks from now?”

A German Government source has said that EU leaders had ‘no choice ‘but to rely on Theresa May as a partner, but it was difficult to conduct complex negotiations with a ‘moving target’.

Keeping with news on Brexit, news of a potential coup with Boris Johnson and Michael Gove broke in the Mail On Sunday about an alleged plot to ‘hijack Number 10’. The Sunday Express led with ‘Gove leadership hopes rise’ and went on further to report that ‘May is effectively being held to ransom by Boris Johnson and Michael Gove’ according to a leaked letter. The secret missive to the Prime Minister contains blunt instructions on how she should deliver the ‘hard Brexit’ they demand. They instruct the Prime Minister to ‘underline her resolve’ to achieve a total break with Brussels, and accuse Chancellor Philip Hammond of not showing ‘sufficient energy’ and letting the EU hold Britain ‘over a barrel’ by refusing to plan for the possibility Britain walks away from talks with no deal on trade relations. They further lecture the Prime Minister on how to run ‘your Government’ -; and say it is vital for her to display ‘more confidence’. It tells her to ‘articulate the following’ -; and then sets out the hard Brexit brand of manifesto of Johnson and Gove -; including naming 30 June 2021 as the fixed end date of Britain’s transition period. The letter includes the threat to ‘clarify the minds’ of rebel Ministers and make them ‘internalise the logic’ of the Johnson-Gove approach to the EU. In another jibe at Ministers such as Hammond, it also says that Theresa May must ensure that all Cabinet members take the same tough line on Brexit -; ‘whatever their original positions during the Referendum’.

“Theresa May cannot keep ignoring the serious concerns Labour and her own MPs have about the Withdrawal Bill. The Prime Minister could have used the Bill’s delay to rethink her approach and accept Labour’s reasonable and considered demands on what needs to change -; in particular the wide use of Henry VIII powers, protections for workers’ rights and environmental standards, and ensuring strong transitional arrangements are in place when we leave the EU. Instead, she has sought to marginalise Parliament and come forward with amendments that are more about keeping her in power than ensuring Britain can negotiate a strong Brexit deal.”

“It is high time that the Conservative Party admitted that they are not fit for Government.”

“The continued chaos that is Brexit has been appalling, and the lack of direction and progress calls into question their ability to lead and govern.”