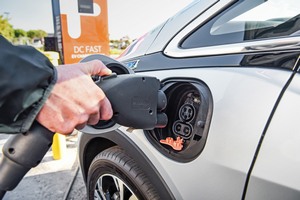 READING EAST MP Matt Rodda attended the Bill Committee Meeting on the Automated and Electric Vehicles Bill 2017-19 as amendments were discussed for consideration.

In addition to being the MP for Reading East, Matt sits on the Bill Committee for this proposed piece of legislation. He is also the Parliamentary Private Secretary to the Shadow Secretary of State for Transport, Andy McDonald MP.

Reading is severely affected by poor air quality, and it was with this in mind that Matt urged the Government to give it further consideration as he raised an intervention. Having previously met the Minister leading today’s Bill Committee hearing, The Rt Hon John Hayes MP, Matt had discussed this issue and also raised the same point with him in the last session of the Bill Committee. Matt today put forward his intervention and sought priority for areas severely impacted by pollution.

“On the point of the location of charge points, as someone who represents a constituency which has poor quality air – we suffer greatly from air pollution in Reading (and many other even relatively small or medium sized urban areas) -; I would not only commend his interest in encouraging charging points, but I would ask him and urge him to see if he can speak to his officials and other partners such as the industry and Local Authorities to see if areas with air pollution problems could indeed be prioritised as we roll out these new technologies; residents in those areas would be very grateful and appreciative of the thought put into that, if that was possible.”

The Minister of State for Transport Legislation and Maritime The Rt Hon John Hayes who led the Bill Committee meeting replied:

“It is not incompatible with the zonal approach we have taken to air quality; we’ve developed an approach which has focused on those areas particularly severely affected by poor air quality. I can’t give a definitive commitment to do exactly what he says here, but it it certainly something that I am prepared to go and think about -; and it wouldn’t be out of tune with the approach the Government has taken to as well as raising the quality of air for everyone, doing extra work in those parts of the country which are particularly badly affected -; typically urban places. So I think he can take that as a small win, Mr Chairman, in that he has made the point and I acknowledge it – and will go away to think more about it.”

Further consideration is currently being given to the amendments tabled before the Bill is considered for Assent.