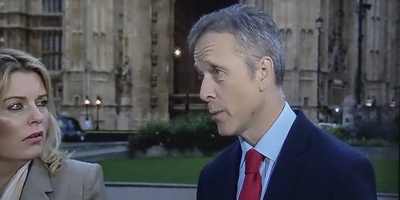 READING EAST MP Matt Rodda appeared on BBC South Today on Wednesday 25 October to discuss the impending roll-out of Universal Credit in Reading, which is due to commence on 6 December.

Matt appeared in an interview on College Lawns alongside Mims Davies, the MP for Eastleigh, where Universal Credit has already been in operation. Amongst the key concerns raised were:

Matt reaffirmed his position to call upon the Government to pause and fix the Universal Credit full service roll-out. In the original debate on Universal Credit last week in Parliament, Matt said:

“I am from one of the areas where universal credit will be rolled out in early December, much to the concern of local residents. It is difficult to imagine the stress and deep financial distress that many of the people on this benefit will face over Christmas because of the ill-considered timing. From my perspective, this is wholly unacceptable, but I believe it is only one of a number of deep flaws in this ill-thought-through policy.

As we have heard, the six-week payment delay is a severe flaw. It does not take account of the reality that many people, especially those on low incomes, not only budget on a bi-weekly basis, but are in some cases paid once every two weeks. In our area, Reading Borough Council and local charities will do their very best to help those affected, but they have already raised serious concerns about this delay.

Where people have no savings to deal with a 6 week wait, Universal Credit is increasing the risk of families or individuals ending up in a spiral of debt and unpaid bills”