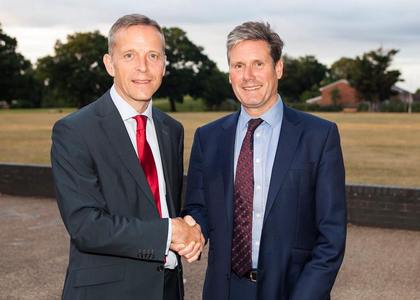 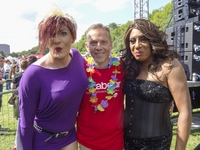 Matt has looked back over his first 100 days, and is ready for the next 100 and into 2018 – with Labour being a Government in waiting.

Matt said:
“I was surprised and honoured that we won Reading East in the General Election. I have been working hard to represent local people, and I am proud to be part of a strong Labour team which is a Government in waiting; opposing a weak and divided Conservative Government which doesn’t have a majority, and which is only clinging on to power after giving £1 billion to Northern Ireland to secure DUP support.”
“Locally and nationally, Labour is providing leadership and a vision to take the country forward.

“Jeremy Corbyn and Labour’s shadow cabinet are offering a real alternative: an end to austerity, a sensible relationship with Europe and more investment in housing and other key priorities. I have been campaigning on these issues at a local level and playing my part in supporting Jeremy and colleagues in Parliament, working with councillors and local campaigners in Reading and Woodley.

“Looking forward, the autumn will be an important new phase of Labour’s campaign to challenge to the Conservatives.”

In the election Matt campaigned on three key issues: ending austerity and for proper investment in our NHS, schools and other public services: stopping a hard Brexit which would threaten local jobs, and for a close relationship with the EU. He has also called for more affordable housing locally, both in terms of more council houses and more affordable homes to buy. Matt has also called for a better deal for renters.

Since the election Matt has:
Campaigned to save Chiltern Edge School -; helping to get Oxfordshire County Council not to pursue closure plans.

Accompanied Jeremy Corbyn to Reading on a fact finding visit to learn more about housing problems in the town.

Voted against the Brexit Bill which would give the Government sweeping powers to change the law on rights at work, environmental protection and consumer rights as the UK leaves the EU.

Spoken up for the rights of EU citizens in Britain and British people in Europe in a debate in parliament this week.

Attended a wide range of community and charity events, such as community fun day run by local churches in Whitley, Baker Street Neighbourhood Association clean-up near Reading town centre, Woodley Carnival and the opening of the Weller Community Centre in Caversham.

Been honoured to speak about equality at Pride.