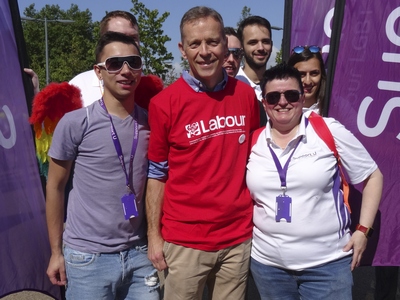 Since Reading Pride began in 2004, there have been some significant progress towards greater equality including equal marriage, civil partnerships and adoption rights. However, there is much more which needs to be done to end discrimination and to support our local LGBT+ community.

The 14thannual Reading Pride kicked off with a loud and colourful start, the parade meandered around the town’s streets before converging on King’s Meadow. Stalls and merchandise kiosks made for a bright display, and the day was enjoyed by young and old. Families and couples attended the event, which attracted over 10,000 people, with music and entertainment continuing on into the evening.

“This year marks the half-century anniversary since the decriminalisation of homosexuality in England and Wales. Much progress has been achieved since that date -; and that is to be welcomed – but there is still much more to be done. I want to see more support for the community, including further action to ensure equal pension rights for couples and on other issues such as more work to tackle bullying and violence.” 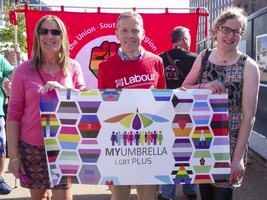 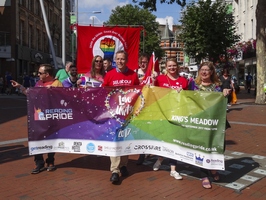