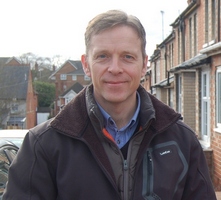 Matt Rodda elected as the Member of Parliament for Reading East on 8th June 2017.

Matt would like to thank everyone for their support, their vote and their good wishes.

“After 12 years we have the opportunity to change things In Reading East. I was proud of the national results, which was a good result for Labour and a poor one for the Conservatives.

It followed a campaign in which Labour showed it had serious policies in a fully costed manifesto, which related directly to local concerns about affordable housing and the effects of austerity on public services, and in which Labour leader, Jeremy Corbyn, connected with the electorate and showed real leadership”.